Here’s a link to the slides for my ALTC keynote. In the notes you will also find additional comments, ideas, references and recommendations for further reading.

Here are some papers associated with the themes of my recent podcast interview with Jason Lodge and Mollie Dollinger. 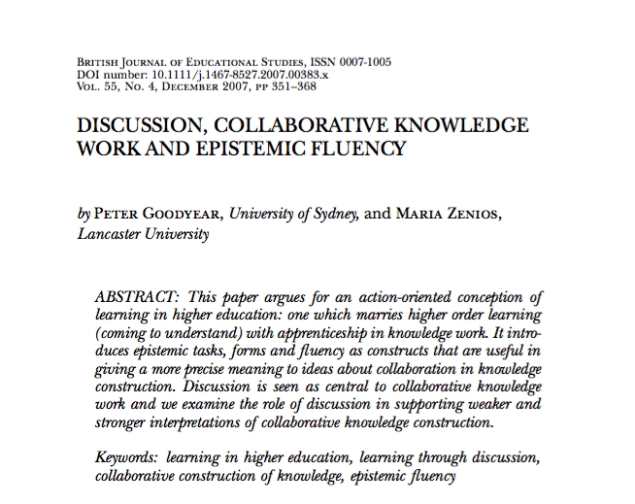 I received a request for this paper earlier today. It started life as a keynote at the Networked Learning conference in Lancaster in 2006. Maria Zenios visited us in Sydney later that year, and we were able to work together and develop a more extensive treatment of the issues. We used a recent paper in BJES by Effie MacLellan as a springboard. We combined ideas from Stellan Ohlsson, Allan Collins, Dave Perkins and Carl Bereiter to introduce epistemic tasks, forms, games and fluency. Then we linked this with research on learning through discussion by Helen Askell-Williams and Michael Lawson and by Rob Ellis and myself, to distinguish between weaker and stronger forms of collaborative knowledge building. If you’re serious about helping students prepare for work in complex knowledge creating jobs, then you need the stronger form.

I hadn’t reread this paper for a while, and I think it still stands up quite well. As of today, it’s had 87 citations, not all of them by me. I’m also glad to see that research on learning through discussion in higher education has been growing in the last 10 years. The literature was quite thin in 2006/7.

In 2008, Lina Markauskaite and I wrote a grant proposal that allowed us to do some of the ‘cognitive anthropology’ hinted at in this paper. The outcomes, and a much richer understanding of matters that were only sketched in the BJES paper, can be found in our ‘magnum opus’ – Markauskaite, L., & Goodyear, P. (2017). Epistemic fluency and professional education: innovation, knowledgeable action and actionable knowledge. Dordrecht: Springer.

Lina Markauskaite and I maintain an epistemic fluency website.

Further information about the book can be found at the Springer website.

In October 2016, David Boud and colleagues at Deakin University (Melbourne) held a symposium on evaluative judgement in higher education. I gave a brief presentation connecting some of the ideas that Lina and I have been developing on epistemic games and epistemic resourcefulness to evaluative judgement. We’ve written a chapter for the “book of the symposium” which Routledge should be publishing in 2017. Here’s the abstract for that chapter:

This chapter examines the development of evaluative judgement from the perspective of professional education, with a focus on the abilities needed to deal with problems that are both complex and novel. Professional work regularly entails engaging in knowledgeable action in previously unencountered situations and formulating methods, on the fly, for making judgements about the adequacy of one’s actions. On this view, evaluative judgement is an epistemic (knowledge creating) activity. We show how developing evaluative judgement can be understood as learning to play a range of epistemic games, and how epistemic resourcefulness enables one to frame complex judgements in principled ways.

The Kilpi quote is from

A talk at the 10th International Conference on Networked Learning at Lancaster University in the UK (May 2016).

This paper provides an overview of, and rationale for, an approach to analysing complex learning networks. The approach involves a strong commitment to providing knowledge which is useful for design and it gives a prime place to the activity of those involved in networked learning. Hence the framework that we are offering is known as “Activity Centred Analysis and Design” or ACAD for short. We have used the ACAD framework in the analysis of 20 or so learning networks. These networks have varied in purpose, scale and complexity and the experience we have gained in trying to understand how these networks function has helped us improve the ACAD framework. This paper shares some of the outcomes of that experience and describes some significant new refinements to how we understand the framework. While the framework is able to deal with a very wide range of learning situations, in this paper we look more closely at some issues which are of particular importance in networked learning. For example, we discuss the distributed nature of design in networked learning – acknowledging the fact that learning networks are almost invariably co-configured by everyone who participates in them, and that this aspect of participation is often explicitly valued and encouraged. We see participation in (re)design as a challenging activity: one that benefits from some structured methods and ways of representing and unpicking the tangles of tasks, activities, tools, places and people

And a copy of the slides, though not all were used in the presentation. 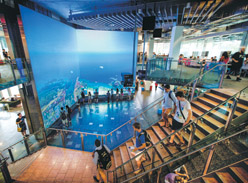 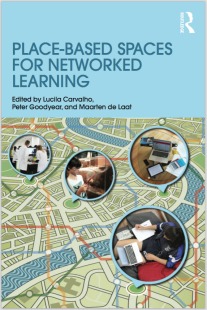 I’m really looking forward to being back in Brisbane for a few days – giving a keynote on networked learning at the HERN Symposium: Future Higher Education Research for Future Learning

In this talk, I will use some of our recent research on networked learning and learning networks to illustrate an approach to researching complex learning situations – an approach which gains power and focus from a commitment to informing real-world design activity. This commitment to serving the needs of (re)design provides a valuable source of constraints on what counts as useful knowledge. In the case of learning networks, periodic redesign can be undertaken by small teams entrusted with the role, or it may be distributed more broadly across many or all involved in the network. Either way, there is a need for methods of analyzing and representing how the network functions, such that those participating in the evolution of the network can co-ordinate their activities.

Design for learning in HE

Hodder, I. (2012). Entangled: an archaeology of the relationships between humans and things. Chichester: Wiley-Blackwell.

Ingold, T. (2000). The perception of the environment: essays in livelihood, dwelling and skill. Abingdon: Routledge.

Jo McKenzie tweeted a nicely tidied up comment from me at the ISSOTL conference recently.

One of the reasons I wanted to mention this at the conference is that good empirical research into the study practices of “online” learning is surprisingly scarce. We have a couple of nice examples of research on people configuring their learning spaces in the next book to come from the Laureate project. The book is called “Place-Based Spaces for Networked Learning” and should be published by Routledge in 2016. Two chapters that are right on the topic:

I had the opportunity to speak at a very enjoyable panel session at the ISSOTL conference last week. The panel members focussed on the question: How will universities contribute to students’ employability in 2020? Other panel members were

My specific brief was to talk about how universities can reinvent their learning places and spaces – traditional and emerging physical spaces, in the cloud, and in the spaces between – with the question of employability in mind. I made four main points: