These are slides to accompany the presentation I made at ITaLI, University of Queensland, this morning.

Rob Ellis and I have a chapter on this in a new book edited by Ron Barnett and Norman Jackson.

Our book length treatment was published earlier this year by Routledge.

We now have a publication date for this book: 4th April 2019. 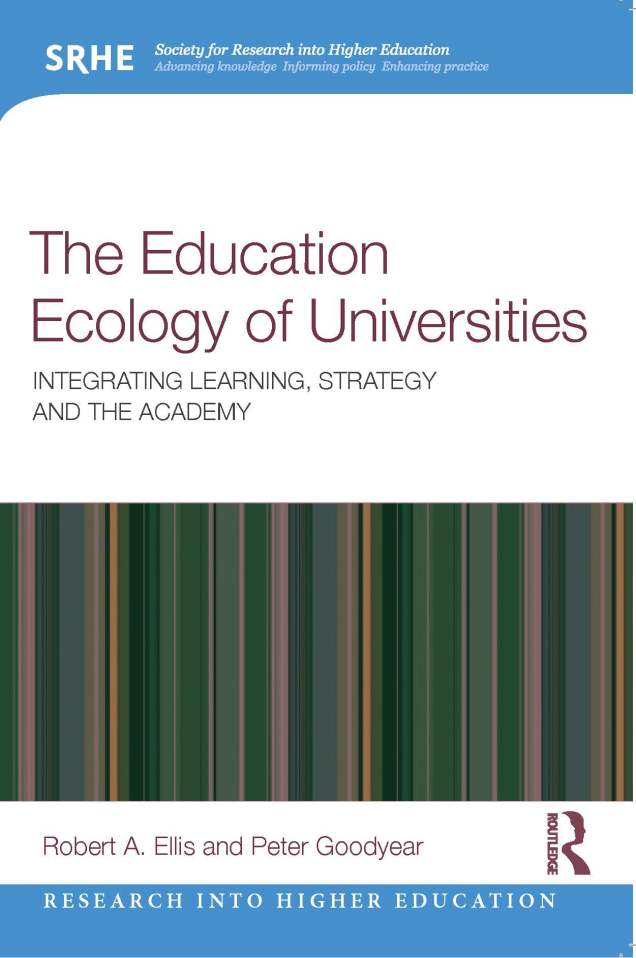 Preparing students for the workplace and assessing their readiness are often major challenges for university teachers. What kinds of concrete tasks help students develop professional capacities needed for situated knowledgeable action in a broad range of possible future workplace settings?

Our research examined assessment tasks that university teachers set for students in courses that were preparing them for work placements in five professions: nursing, pharmacy, teaching, social work, and school counselling. We combined ‘actionable knowledge’ and ‘objectual practice’ perspectives and investigated what students were asked to do, what they were expected to learn and how. Specifically, we analysed the nature of the objects that teachers selected for assessment tasks and the nature of the concrete artefacts that students were asked to produce.

Our results show some fundamental differences in teachers’ choices of objects. They ranged from basic and very specific aspects of professional work to some of the hardest and most broad-ranging challenges in the profession. The tasks also required students to engage in the production of a wide range of artefacts. We classified these as ‘cultural artefacts’, ‘conceptual artefacts’ and ‘epistemic artefacts’. Our discussion draws parallels between these three kinds of artefacts and the notions of ‘work ready’, ‘work knowledgeable’ and ‘work-capable’ graduates, respectively. We argue that teachers, through task designs, shape ways in which students learn to link action (skill) with meaning (knowledge). Our findings raise some important questions about the kinds of authentic tasks that help prepare work-capable graduates for future learning.

The full paper is available in the HERDSA proceedings here.

If you’re interested in learning more about the underling ideas, see our book on Epistemic fluency in professional education and our Epistemic Fluency website.

Lina Markauskaite and I maintain an epistemic fluency website.

Further information about the book can be found at the Springer website.

Alain de Botton has a good way with words. Here’s a collection of quotes, and a few notes, from his 2006 book on ‘The architecture of happiness‘ (published by Hamish Hamilton). I picked these out when preparing to write about educational design and learning spaces.

“Architecture may well possess moral messages; it simply has no power to enforce them. It offers suggestions instead of making laws. It invites, rather than orders, us to emulate its spirit and cannot prevent its own abuse.” (p20)

“Ludwig Wittgenstein, having abandoned academia for three years in order to construct a house for his sister Gretl in Vienna, understood the magnitude of the challenge. ‘You think philosophy is difficult…but I tell you, it is nothing compared to the difficulty of being a good architect.’” (p26)

[This quote can be sourced to Maurice Drury ‘Conversations with Wittgenstein’ in Rush Reese, ed., (1984) Recollections of Wittgenstein, Oxford: Oxford University Press]

Between pp56-72 de Botton discusses Le Corbusier. He does this to follow a side track in architecture. When architecture ceased to be guided by strongly-held ideas about the beautiful, it turned to engineering, the scientific & the functional. Le Corbusier said his first sight of an aeroplane was a key moment in his life – the demands of flight stripped away the false & inessential. But his machines for living weren’t universally successful (leaky flat roof at the Villa Savoye gave the client’s son a bout of pneumonia from which he took a year to recover); nor was there any one single optimal scientific ‘solution’. Science doesn’t do away with decisions. So if we can’t say that something epitomises beauty or is perfectly rational, we must turn to how it speaks to us…

“In essence, what works of design and architecture talk to us about is the kind of life that would most appropriately unfold within and around them. They tell us of certain moods that they seek to encourage and sustain in their inhabitants. While keeping us warm and helping us in mechanical ways, they simultaneously hold out an invitation for us to be specific sorts of people. They speak of visions of happiness.” (p72)

pp106-107 on the way buildings affect how we feel about ourselves & what we are capable of believing (moving from McDonalds to Westminster Cathedral).

“Our love of home is in turn an acknowledgement of the degree to which our identity is not self-determined. We need a home in the psychological sense as much as we need one in the physical: to compensate for a vulnerability. We need a refuge to shore up our states of mind, because so much of the world is opposed to our allegiances. We need our rooms to align us to desirable versions of ourselves and to keep alive the important, evanescent sides of us.” (p107)

“The failure of architects to create congenial environments mirrors our inability to find happiness in other areas of our lives. Bad architecture is in the end as much a failure of psychology as of design. It is an example expressed through materials of the same tendency which in other domains will lead us to marry the wrong people, choose inappropriate jobs and book unsuccessful holidays: the tendency not to understand who we and what will satisfy us. … The places we call beautiful are, by contrast, the work of those rare architects with the humility to interrogate themselves adequately about their desires and the tenacity to translate their fleeting apprehensions of joy into logical plans – a combination that enables them to create environments that satisfy needs we never consciously knew we even had.” (p248-9)

“The property developer’s reflexive defence of existing tastes constitutes, at base, a denial that human beings can ever come to love anything they have not yet noticed. But even as it plays with the language of freedom, this assertion suppresses the truth that in order to choose properly, one must know what there is to choose from.” (p262-3)